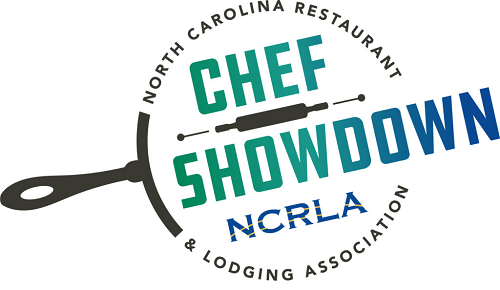 The North Carolina Restaurant & Lodging Association (NCRLA) leads the charge in advancing and protecting North Carolina’s $23 billion restaurant, foodservice and lodging industry, bringing members together each summer for its annual meeting. In 2016, NCRLA incorporated a cooking competition for a creative and entertaining outlet to showcase members’ expertise. Dubbed the NCRLA Chef Showdown, savory chefs, pastry chefs, distilleries, and mixologists from across the state compete for the coveted titles of NCRLA Chef of the Year, NCRLA Pastry Chef of the Year and NCRLA Mixologist & Distillery of the Year.

Since the launch of the competition, NCRLA has tasked Largemouth with promoting the foodie event, and the fourth annual showdown in 2019 reached new heights of success. Largemouth created a strategic communications plan to target important markets across the state including top chefs, restaurant owners, lodging managers, bloggers, consumers, and sponsors.

Through communication and media relations efforts, Largemouth worked to promote the annual event to:

Largemouth executed a comprehensive communications plan for the fourth annual NCRLA Chef Showdown which had specific outreach for each part of the competition – the Preliminary, Regional and Final Round.

Preliminary Rounds
The 2019 NCRLA Chef Showdown kicked off with preliminary rounds in Morehead City, Asheville, Charlotte, Greensboro, and Chapel Hill. Largemouth shared media advisories to reporters in each market with the slate of participants and selected key influencers to invite to the closed events.

Regional Rounds
Regionals rounds consisted of 11 chefs who moved past the preliminary rounds and were broken into two events, one in Raleigh and one in Charlotte. Largemouth identified key targets in each area to invite to the closed event and chose influencers to share event details and images with their readers and/or viewers. For the media present during the events, Largemouth monitored all social media activity coverage in real time, as well as any follow up coverage. In addition, Largemouth ensured to attain headshots of each chef and high-quality images of their dishes, as these would be the dishes up for award consideration in the final round.

Final Round
For the final event, Largemouth first put out a statewide notice to announce ticket sales as well as the list of chefs participating, sponsors and judges. To gather media and public interest, specific pitch platforms were created based on where the chef or mixologist competing was located.

After the winners were revealed, Largemouth created a press release with the final announcements and gathered images from the event to distribute first thing in the morning. Media opportunities continued to trickle in for months after the event, farther advancing the impact of the event across the state of North Carolina.

Notable coverage was secured with outlets including:

Multiple chefs were interviewed as local thought leaders and shared key messaging around the annual competition. Since the winners were crowned, they have continued to be called by their titles in the media, further showing the importance and impact of the NCRLA Chef Showdown event.

SEE HOW FAR WE WENTPROJECT REACH