Generating Support Amid a Crisis

This time last year, we were preparing for the annual North Carolina Restaurant and Lodging Association (NCRLA) Chef Showdown – gathering chef bios, inviting media to attend the finale event, sharing images of the amazing dishes – but the landscape is very different this year in our partnership with NCRLA. Our traditional communications have come to halt as COVID-19 impacts the world, and one of the most heavily affected areas is the hospitality industry.

Since the public health issue began escalating in mid-February in the U.S., the American Hotel and Lodging Association reports hotels have already lost more than $46 billion in room revenue. As of July 30, more than half of open hotel rooms were empty across the country per STR, in addition to the thousands of hotels shuttered completely.

Restaurants are in a similar state, as more than 8 million employees have been laid off, which is more job losses than any other industry in the country. Recent data from Yelp shows that since March, 53% of restaurants are now listed as permanent closures on its platform and OpenTable said one in four restaurants were at risk for closure.

People in this industry are struggling to pay bills and put food on their tables, and as the voice for North Carolina’s hospitality industry, NCRLA decided to act. While the NCRLA Chef Showdown spreads awareness for the many talents of our state’s culinary scene, the NC Restaurant Workers Relief Fund brings attention to the tens of thousands of restaurant and hotel employees who are facing significant financial hardships brought on by the necessity of social distancing guidelines.

It's challenging to prompt people to give during a time like this, as many North Carolinians are losing their own financial stability and face an uncertain financial future. The restaurant industry, known for giving back in times of need and crisis, are now the ones in need of assistance. Awareness for the cause was imperative, paired with communicating the need for donations with digestible messaging and a clear call to action.

The immediate goal for the NC Restaurant Workers Relief Fund is to provide qualified applicants with $500 to help with expenses faced by many who suddenly found themselves out of work. The overall, longer-term goal is to preserve the industry and the people who work in it – the workers who shape our experiences at our favorite restaurants, bars and hotels.

Once the fund was established, we got the word out as fast as possible to support those in need. We worked to identify industry spokespeople and people supporting the fundraising effort in different areas throughout North Carolina and developed targeted pitches to select markets, including local media outreach and restaurant trade publications.

The largest push came from a day-long telethon, generously hosted by WRAL-TV. Along with interviews featuring NCRLA leaders, CEO Lynn Minges and Board Chair and The Angus Barn Co-Owner Steve Thanhauser, we also secured interviews for Jill Donovan, owner of Donovan’s Dish and Ashley Christensen, chef and owner of AC Restaurants. The fundraising initiative earned more than 106 million impressions and raised $350,000 in just one day. Along with the WRAL telethon, we coordinated multiple interviews across the state from the mountains of Asheville to the beaches of Wilmington, featuring Minges, Thanhauser and other prominent NCRLA members.

As of today, we have helped spread the word across the state, securing more than 220 media and social placements in total to-date in outlets that collectively reach more than 513 million readers and viewers on average each month. This visibility along with NCRLA’s tireless advocacy has helped raised $1 million for the NC Restaurant Workers Relief Fund, with additional efforts in progress from the generosity of individuals, small business owners and companies alike. 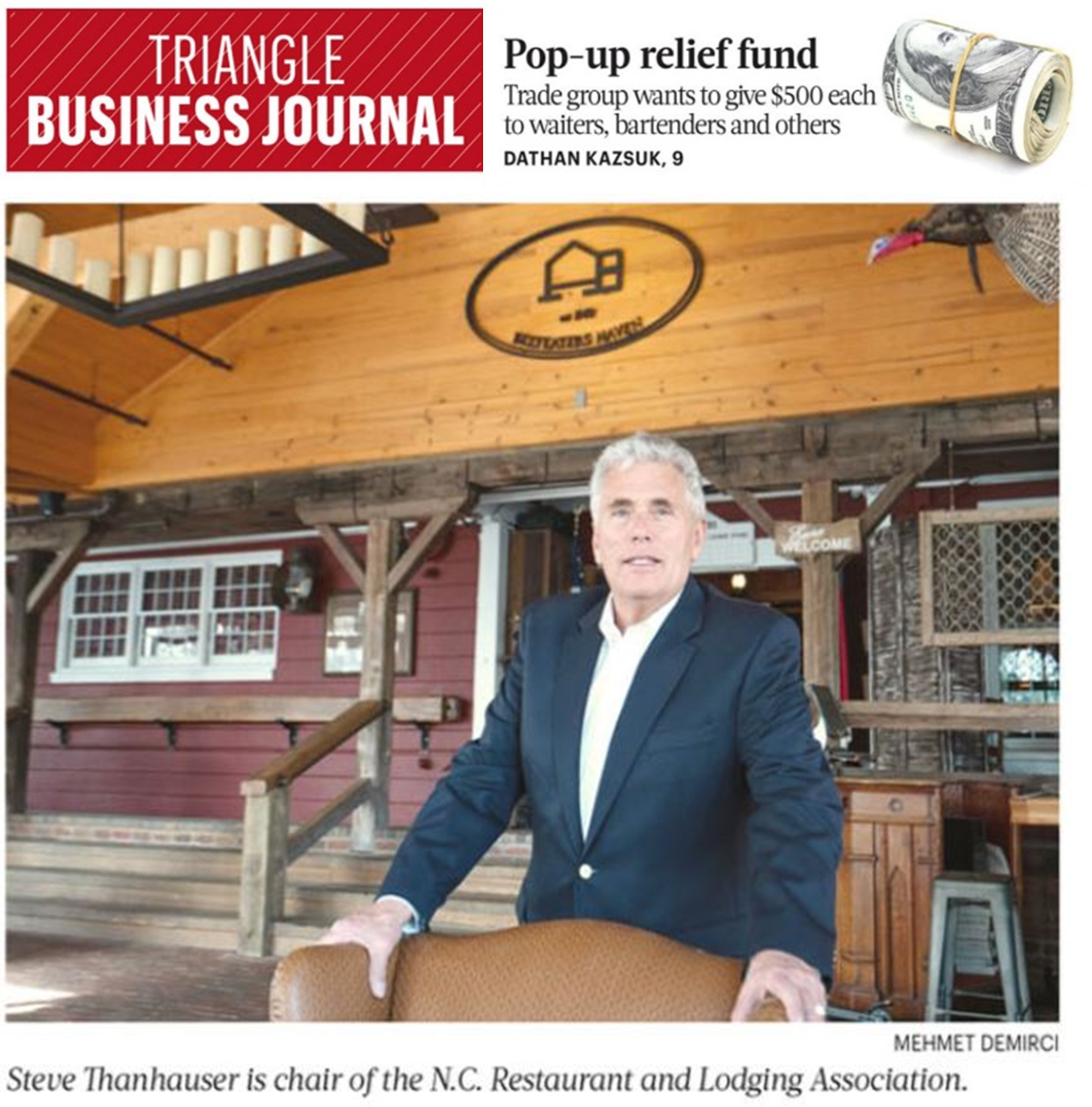 Danielle left the city of brotherly love to join the Wolfpack in sunny North Carolina. While she misses cheeseteaks, she has plenty of Raleigh sushi places to keep her busy. When not at work, you can find Danielle obsessing over dogs, reading a thriller, singing her heart out or going out on the town.